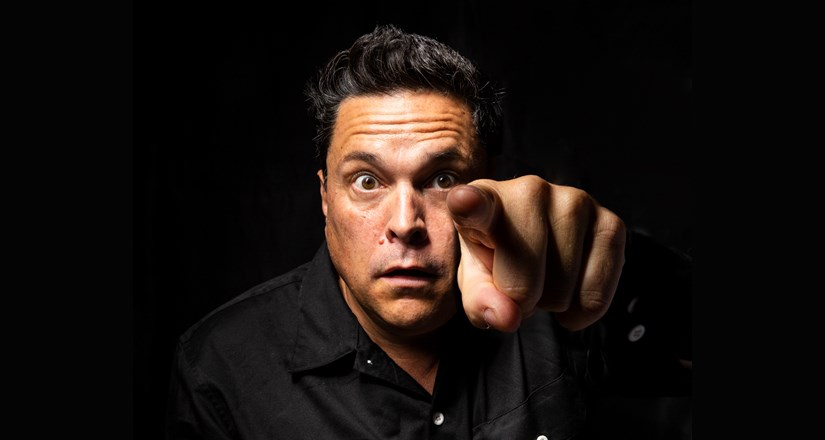 Travel and Comedy in the Danger Zone!

Solihull's Core Theatre is delighted to announce a visit from Trigger Happy TV star Dom Joly in Spring 2020 as part of his new national tour. Dom Joly’s Holiday Snaps: Travel and Comedy In The Danger Zone is a rip-roaring travelogue featuring stories from his childhood home in the Lebanon – where he went to school with Osama Bin Laden – to North Korea, Chernobyl and Cambodia.

The tour marks a period of intense activity for Joly, who will be the subject of a three-part prime time BBC TV show in Easter ’20, at the conclusion of the tour. That too will focus on unusual travel and his live shows will benefit from attendant press coverage.

Dom has remained enormously popular since his pioneering Channel 4 show, Trigger Happy TV, which was sold to 70 countries, while his three travel books have brought him to a wider, literate audience.

Dom’s tour also coincides with the impending paperback publication of his new book, The Hezbollah Hiking Club, in which a boozy, cricket-filled afternoon at Lord’s led Joly and two pals to hike across the Lebanon, from the Israeli border to the Syrian border.

The show will be an assemblage of clips, holiday snaps, funny stories and more – part comedy, part travelogue. There will be an audience Q & A in the second half of the show plus later a meet'n'greet in addition to a sale of signed books.