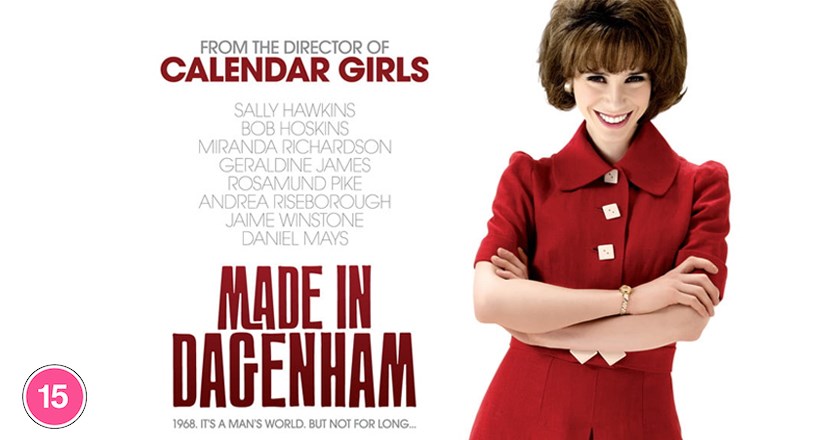 2010 film. 15. Based on the 1968 strike at the Ford Dagenham car plant, where female workers fought for equal pay.

The film is based on the 1968 strike at the Ford Dagenham car plant, in which 850 female workers walked out in protest of sexual discrimination.

Rita O'Grady works for the Ford Motor Co. plant in Dagenham, England. Despite performing the specialized task of sewing upholstery for car seats, women are classified as unskilled labor and paid much less than men. Encouraged by a sympathetic union representative, Rita agrees to bring the women's grievances to Ford. The meeting goes badly and, outraged by the company's lack of respect for them, Rita leads her colleagues to strike.

Please note that this is a showing of the 2010 film, and not the stage musical. If you are looking to book tickets for Queensbridge Musical Theatre Society's 2022 production, please click here.

This film is rated 15 due to frequent strong language.

This film showing will be socially distanced.

Doors will open 60 minutes before the start of the film, and our bar will be open for drinks before the screening. The event will go off sale at 2pm on the day but tickets are still available to purchase on the door.