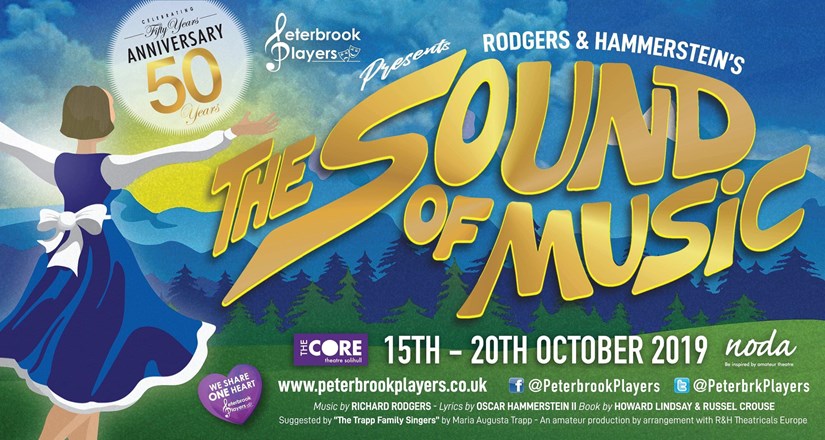 The Sound of Music

Presented by Peterbrook Players whose shows normally sell out effortlessly at this venue.

The longest running Broadway musical of the early 1960’s, The Sound of Music marked the last collaboration between composer Richard Rodgers (1902-1979) and lyricist/librettist Oscar Hammerstein ll (1895-1960).

Based partially on Maria Von Trapp’s autobiography, The Trapp Family Singers, The Sound of Music includes a remarkable number of popular songs, such as The Sound of Music, My Favourite Things, Climb Every Mountain, Do- Re-Mi, and Edelweiss.