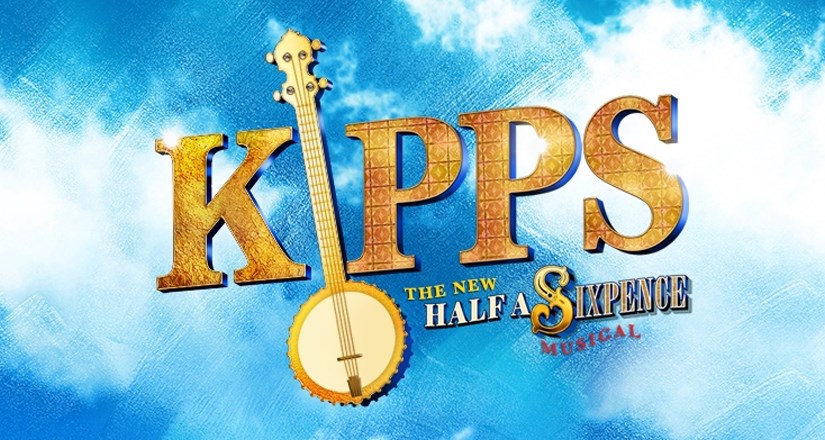 Kipps The New Half A Sixpence Musical

This new work has reinvented the musical Half a Sixpence for the modern age and this stellar creative team have returned the musical to its literary roots but with Stiles and Drewe’s brilliantly infectious new score which harnesses the David Heneker classics with a joyous verve.

Arthur Kipps, an orphan, is an over-worked draper’s assistant at Shalford’s Bazaar, Folkestone, at the turn of the century. He is a charming but ordinary young man who, along with his fellow apprentices, dreams of a better world. When Kipps unexpectedly inherits a fortune that propels him into high society, it confuses everything he thought he knew about life.

Watching him wrestle with his new identity is his childhood campanion, not quite girlfriend, Ann Pornick, who sees with dismay how Arthur is being ‘made over’ by the beautiful and classy Helen Walsingham. She is always there to help Arthur to improve himself which makes his life richer and more meaningful, but Arthur needs to believe in himself and listen to her. Both of these young women love Arthur, there is no doubt about that but which one should he listen to? With the help of his friends, Arthur learns that if you want to have the chance of living the right life, you need to make the right choices.

It’s bright, cheerful, nostalgic, romantic and above all energetic. The costumes, the song and dance routines will thrill you, What a picture, what a picture…… Come and see for yourself, it won’t disappoint!!!